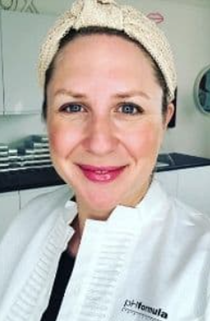 Karen Wasikowski became a registered nurse in 2005 following graduating from the Nottingham School of Nursing with a Diploma in Adult branch nursing.

She continued to work at Nottingham City hospital within general medicine before relocating her nursing career to the North East of England where she went to develop her critical care skills within ITU at James Cook before moving to the community rehabilitation ward at Whitby hospital. In 2010 Karen redirected her nursing skills to general practice and currently remains in an active role within the NHS as a Practice Nurse specialising in respiratory medicine.

In 2015 Karen gained a BSc (Hons) in further Nursing studies and in 2016 Karen returned to York University and qualified as a Non – Medical Nurse Prescriber (NMP).

In 2017 she took an interest in Facial Aesthetics and all things Skin and has since travelled the width and breadth of the UK to build upon her knowledge. Since then she has developed her clinic and has now opened her own Aesthetic and Skin clinic.

She has a passion for all things anatomy and loves to be in the classroom environment either learning or supporting others with their aesthetic journey.

As well as The Cosmetic Centre, Karen trains at: www.cosmeticcourses.co.uk